Adored is the ritual weapon you need for your quest in Destiny 2. It offers more traits, greater power, and the versatility you need. Adored has a combination of elements that make it an excellent weapon in both PvE and PvP situations. In short, you want to get Adored! 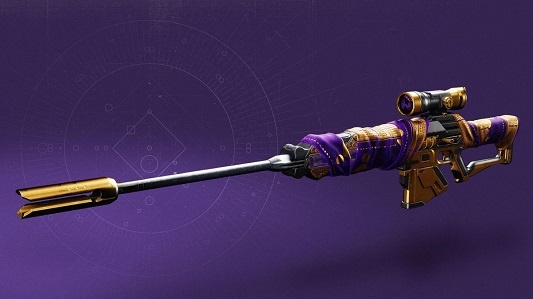 How to Get Adored

To earn this prized weapon, you have to complete one of three quests.

What is the Adored Sniper Rifle?

The Adored Sniper Rifle was added in Season of the Hunt as the seasonal ritual weapon. This means that it has two sets of perks that do two different things. In the case of Adored it has one set of perks geared towards PvE and one set geared towards PvP. You have the perk combination of triple tap + vorpal weapon for boss and major killing in PvE and for PvP you have the best new sniper rifle perk combination of Killing Wind + Snapshot so far in the Beyond Light sandbox

When to Use the Adored Sniper Rifle

Adored can be used in both PvE and PvP content. With Triple Tap and Vorpal Weapon, Adored excels in much of the PvE content you will encounter. Meanwhile, Snapshots Sights and Killing Wind make it extremely useful in PvP settings. Adored should be used in PvP content while Killing Wind is active.

Adored was added in the Beyond Light expansion of Destiny 2. It carries on the legacy of the famous Beloved Sniper Rifle and is the weapon to earn now.

Earn the Adored Sniper Rifle and unlock the power you need to become a better Guardian.

Get Militia’s Birthright (Adept) and Farm Duality Dungeon for the Last Time this Season!