Earn the first 2.0 armor set by collecting and upgrading the Solstice Armor!

The Solstice of Heroes event will begin July 30 and run until August 27. A new amazing looking armor will be available that you can upgrade in 3 steps to acquire the fully Masterworked Majestic armor set. This will be the first armor set available with the new 2.0 update coming for the Shadowkeep. There will also be a new 3 man activity, the European Aerial Zone and lots of new items and rewards to collect!

How to acquire the Armor Set and Upgrade it

Once you visit Eva Levante in the tower she will ask you to complete the European Aerial Zone which is the new 3-man matchmade activity “EAZ”. Once you complete this and talk to Eva she will reward you with the base set of Drained Armor.

There are 3 stages of upgrades to the armor set. It starts with the Drained set you get from Eva, once upgraded the set turns into the Renewed set. The Renewed set upgrades into the Majestic set which is the final stage of the upgrade process but by completing a series of difficult tasks you can also get the fully Masterworked Majestic Armor. If you have any additional questions about how the upgrade process works you may email us or enter live chat for assistance.

We are currently offering both FULL Armor Set Upgrades as well as individualized steps for the majority of the Armor Sets. 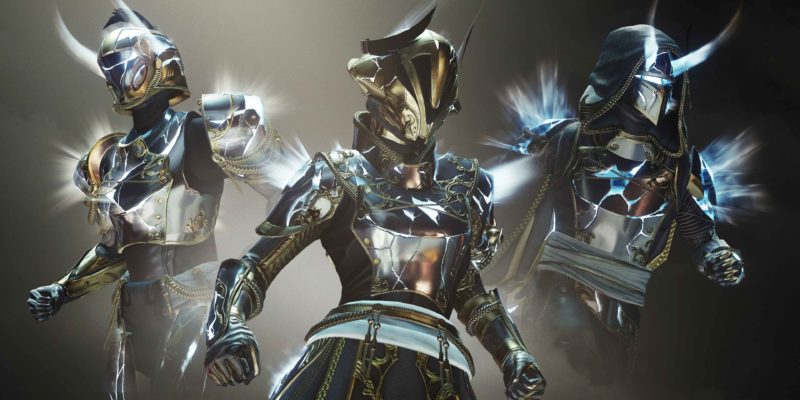 You can earn Solstice Packages by opening chests in the EAZ. These packages can be unlocked by using Solstice Key Fragments that you earn by completing any activity during Solstice of Heroes. Once you’ve earned Legendary Solstice armor the packages will reward you with additional armor, so you can grind for the perks you want!

Season of the Chosen Seasonal Challenges